The show includes Majuri's earlier photographs along with totally new works made for the exhibition: Kultakolikot /Treasure (2009), Lumikettu /Arctic Fox (2009) and Vesiputous /Waterfall (2009). "My new pictures give me a childish euphoria: I'm writing in a language that I can't even read yet!" Majuri says.

In recent years, water has become an even more central element in Susanna Majuri's pictures. It is both a symbol and a protective, revelatory space, in which things such as sisterhood, friendship and erotic love between girls become possible. In her latest pictures the figures move around in underwater landscapes. Items such as a chocolate box found at a flea market with a flock of ducks that has just taken flight on its lid, or the wall of a Russian museum in winter have become the background landscapes to the photographs. Majuri has the pictures made into enormous wax cloths, up to six-metre-wide, which she then places at the bottom of a swimming pool. Her models dive down into the water in front of the cloth.

Majuri says she discovered water when she was looking for colours: "Colours contain subtle hints and you have to be humble with them. When I look really carefully, a colour can speak to me and ask me to construct a stage for it." The locations for Majuri's photographs have often been found in Iceland, Norway, the Faeroe Islands or Sweden. The photographer invites unknown, local people to be the models in her pictures. Even though the places photographed are recognizably Nordic, in Majuri's photographs Nordicness is more than just a matter of geography. The colours create routes through the places. The way is also signposted in the works' titles, frequently in the language of the country where the photographs were taken. The translations of the titles are significant: they may try to say the same thing as the original or to tell another story in another language.

Many of Susanna Majuri's pictures have had their beginnings in music, fairy tales and stories. One of the earliest works in the exhibition, Sun Set River (2002), is a response to PJ Harvey's The River (2001). In the song, the river takes away all pain and brings release. Meanwhile, in Mykines (2007) a white figure vanishes into whiteness - or emerges out of whiteness - depending on the attention and tenderness she receives, just like the invisible child in Tove Jansson's book. Grimm's fairytale The Star Money inspired the photographer to make Untitled (2007). In the fairytale a poor girl gives even her last item of clothing to a freezing-cold child and is left naked in the falling snow, which turns into silver coins.

Susanna Majuri is a graduate of Turku Arts Academy and the University of Art and Design Helsinki. She is represented by Galerie Adler of New York and Frankfurt. Majuri's works have also frequently been shown in exhibitions of the University of Art and Design Helsinki's The Helsinki School group. Majuri took the cover for Finnish rock band PMMP's album Veden varaan (By water). 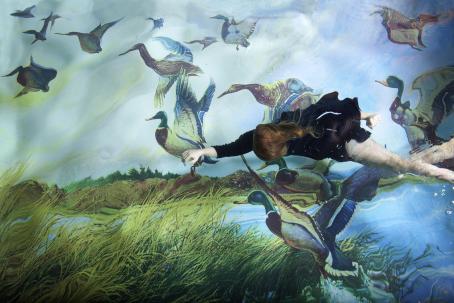 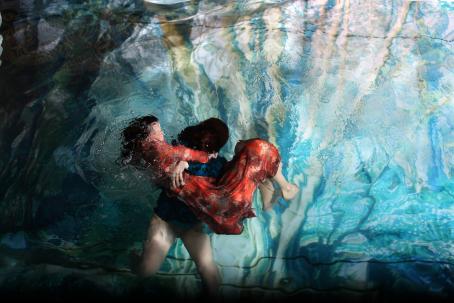 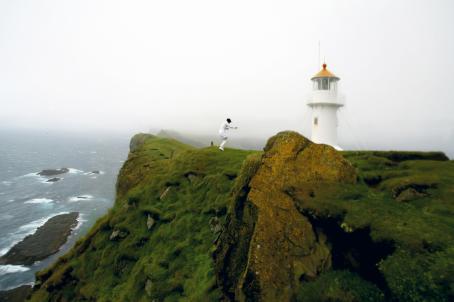 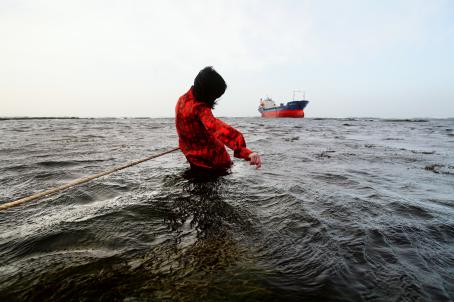 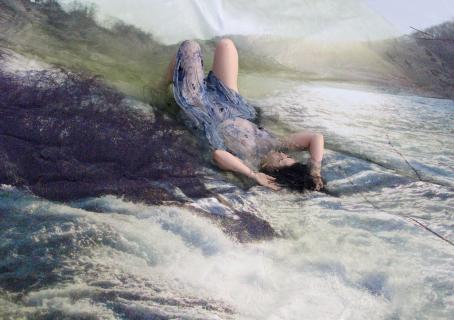