Lens Politica, a festival of social cinema and art, will bring to the Finnish Museum of Photography an exhibition by the Canadian artist Jonathan Hobin, entitled In the Playroom.

Hobin's works often deal with the darker aspects of childhood and incorporate references to cinema, history or popular culture. In the exhibited photographs, children act out September 11 and re-enact the Abu-Ghraib torture scene, as publicised by the media. A little girl, wearing a plastic tiara, sits, with knees bleeding, in front of a boy, dressed as a reporter.

Hobin's works have been received with mixed feelings and even disapproval. Children live in a world built by adults, and they constantly face news and phenomena that they process in their own way by, for example, playing games.

The series In the Playroom brutally shows that it is hard to build a protective bubble around children. The pieces reflect reality in horrifying way, but they can also be interpreted as fairy-tale scenes.

"Take Princess Diana's death, for example. She was an actual princess whose picture people really wanted to take, and who died precisely because of this. This is like something out of a Brothers Grimm fairy tale", says Jonathan Hobin.

The exhibition is part of the film and art festival Lens Politica. For more information about the festival, visit www.lenspolitica.net.

Jonathan Hobin: Got Him 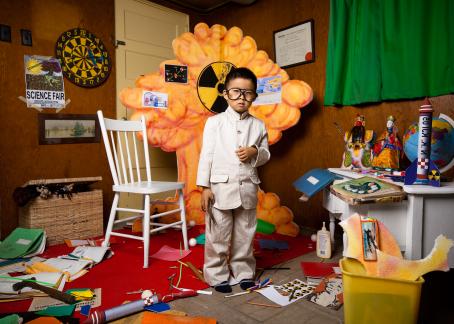 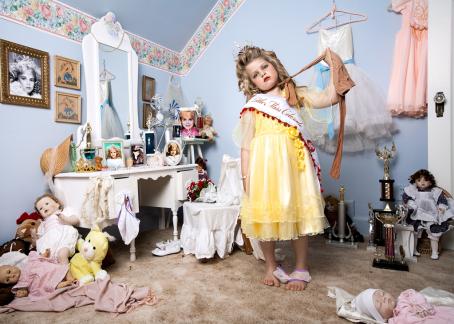