“In 2013, I survived a serious car accident. I was close to death, and reality – one that I had been adapting to with difficulty – slipped through my fingers. This misfortune brought about another: surgeries, months of physical limitations, a breakup, and the return and aggravation of anxiety neurosis”.  -Marta Zgierska

Not long before the accident, Marta Zgierska had found in her family home a teacher's descriptive feedback from the time she was a seven-year-old, exemplary student. She says she is still one in her adult life. However, despite the opinion of others, her limitations, shame and anxiety are still teeming inside her. Marta started taking the first photographs as a way of incantation of fear in an aesthetic image. The accident brought her work to a halt. Her mind was filling up with fragmentary memories, and sharp, detached details. Her own physicality and pain became a source of images that felt more and more substantial and bodily as time passed.

Post is a project about trauma, frozen in dead greyness, silence and tension. Everyone can find their own punctures here – exhausting dreams, fears, obsessions. An individual way of discovering a twin traumatic memory in another person. Post is an attempt at intimate contact which closes the past non-experience in the present.

“A rock suspended on a rope, a light-coloured coat spattered with blood, the chassis of a compacted car, a woman's hand with a bloody lifeline: each photograph metaphorically evokes a part of her own story, suggesting it by elliptically with clinical aesthetics. A hand-written letter is also depicted as a photograph. This is the focal point of her story: using the words of a former teacher describing her at the age of seven, a very good pupil and liked by all, the young woman clearly shows us the persistent discrepancy that she feels today, faced with the world.”

Marta Zgierska (b. 1987) is a Warsaw based Polish photographer. She is a MFA in Photography, MA in Theatrology and MA in Journalism. Her series Post has been selected for the Circulations Festival in Paris presenting the most interesting young photographers from Europe. In 2016 she won one of the most prestigious photography awards - Prix HSBC pour la Photographie. 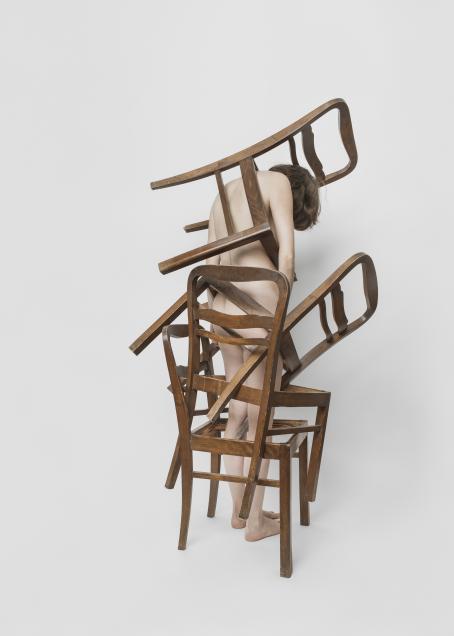 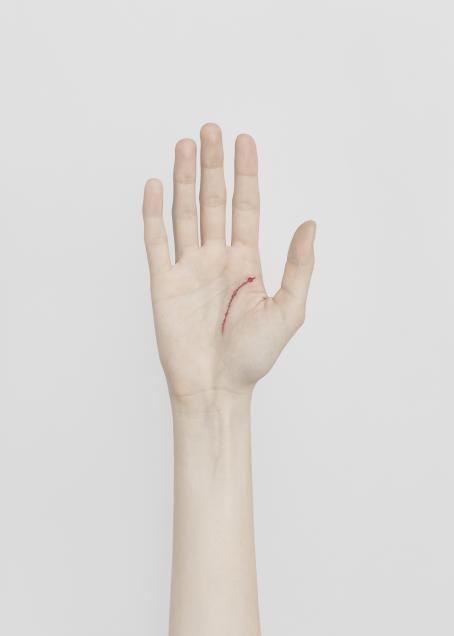 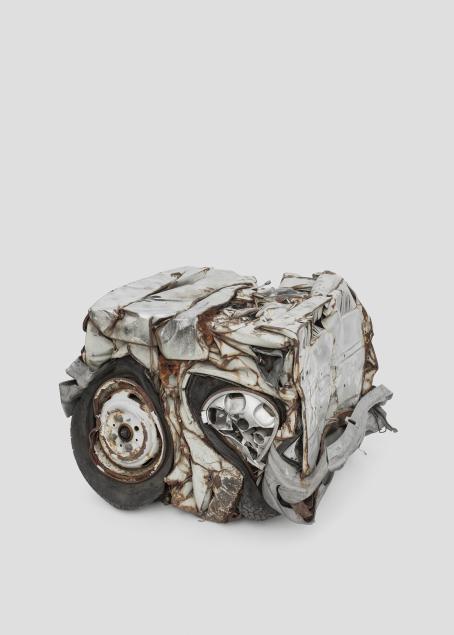