History of the Museum

The Foundation for the Finnish Museum of Photography was set up by Finland`s main photographic organizations on 6.5.1969. It later expanded to become a national, specialist museum.

The Museum’s first exhibition and storage spaces were at Korkeavuorenkatu Street 2 in Ullanlinna, Helsinki. The premises on presented considerable challenges for museum work, as they consisted of a sauna-whisk store in the attic and an earth-floored cellar.

The Museum’s first exhibition opened in Helsinki on the eve of May Day 1969 at Kluuvi Gallery. The Museum employed only one acting half-time curator, so members of the organizations that founded the Museum planned and
hung the exhibition as a volunteer effort. The exhibition showed a cross-section of Finnish photography from the 19th-century up to the 1970s. 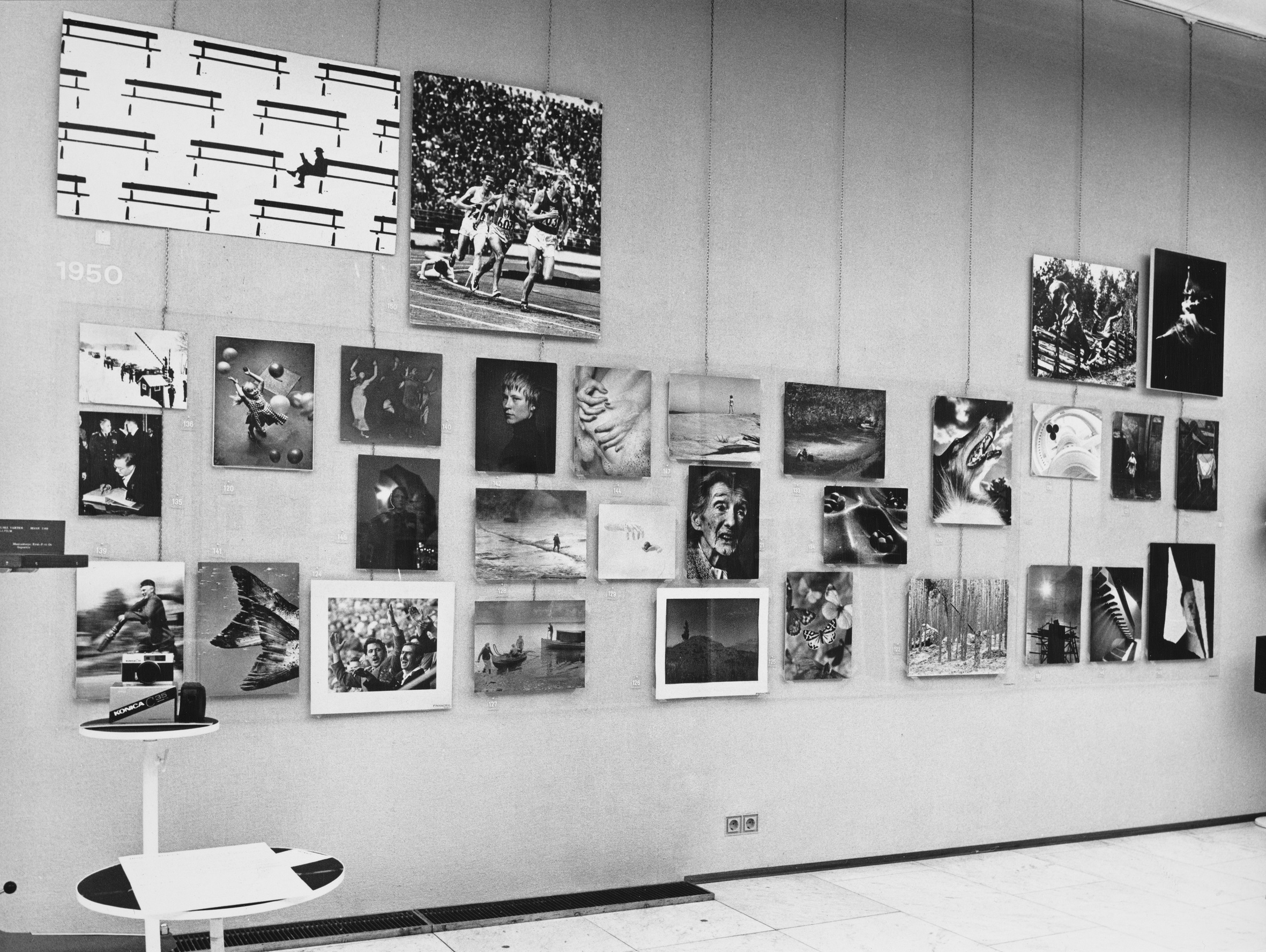 The basis for the Museum’s collections is made up of collections of selected works donated to the Foundation by its founding organizations. Several works from the Finnish Museum of Photography’s opening exhibition at Kluuvi Gallery in 1969 were donated to the Museum’s collection. These included pictures by the photographer Vilho Setälä and some from the permanent collection of the Association of Finnish Camera Clubs, among them Bert Carpelan’s Kansanpuisto (National park) 1955/1956, and Salmon Tails (Lohenpyrstöt) 1959 by photographer Matti A. Pitkänen (1930–1997), who was active in promoting the founding of the Museum. 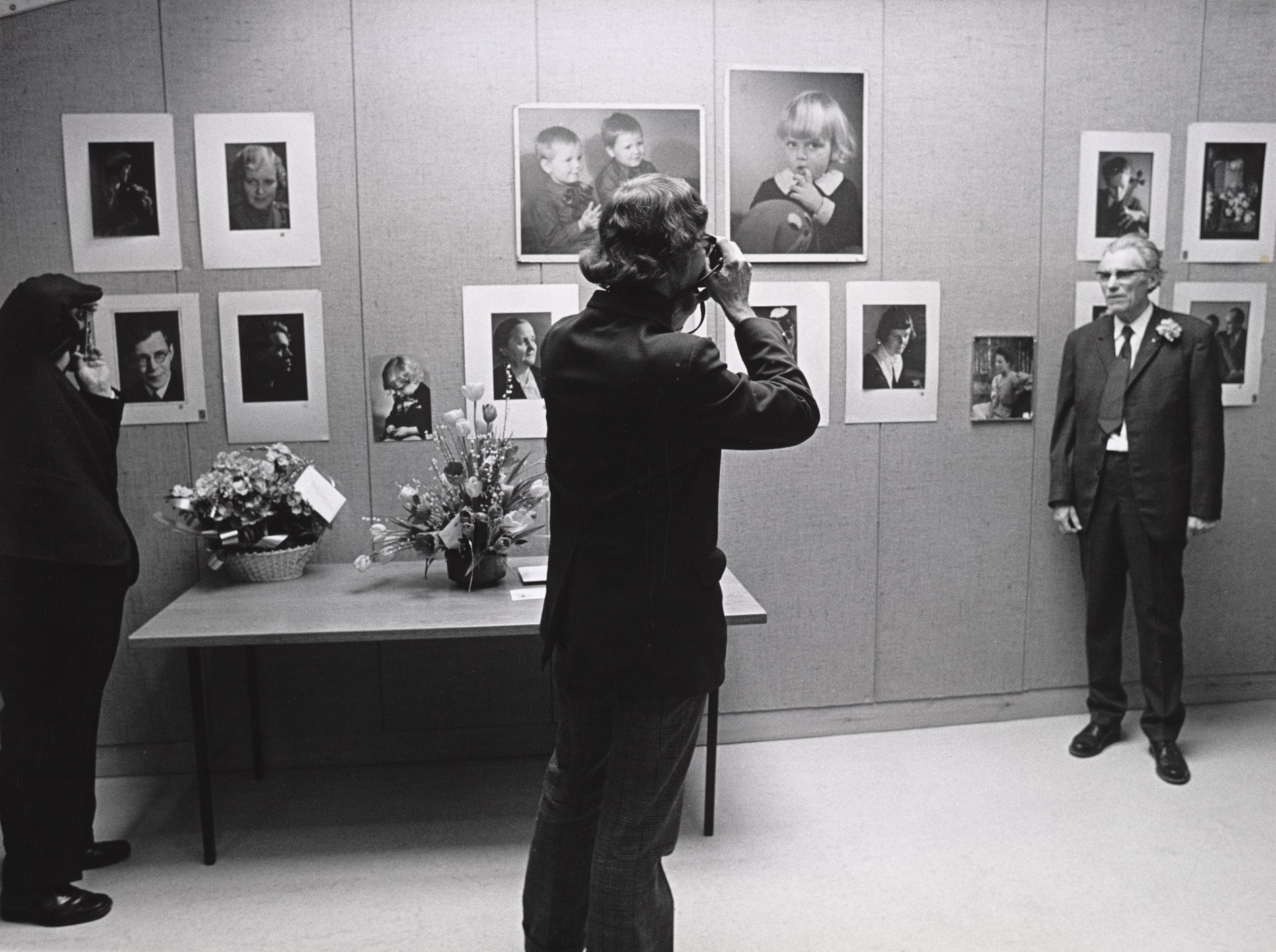 The photographer Vilho Setälä (1892–1985) being photographed at the opening of his 80th-birthday exhibition at Korkeavuorenkatu Street in 1972. At the time of the exhibition, Setälä donated the whole of his considerable negative collection to the Museum. Since 1972, the Museum has continually received additional original Setälä prints, the last time being in 2008. Setälä’s photographs have been shown in every decade, and in 2012 the Museum again celebrated this pioneer of Finnish photography with a major exhibition.

The Museum’s first exhibitions placed the emphasis on classic figures in photography. Visitors at the opening of the exhibition of works by the American photographer Ansel Adams (1902–1984) in 1977. (left): Director of Helsinki City Museum Jarno Peltonen (later Director of the Design Museum, now retired) and photographer Börje Söderholm (1922–1998).

In 1998, Söderholm donated to the Museum the collection of equipment, negatives and photographs belonging to his advertising image agency Laatukuva. Every year since 2000, the Museum has awarded grants for photographic research from a fund set up by a bequest from Börje and Dagmar Söderholm. 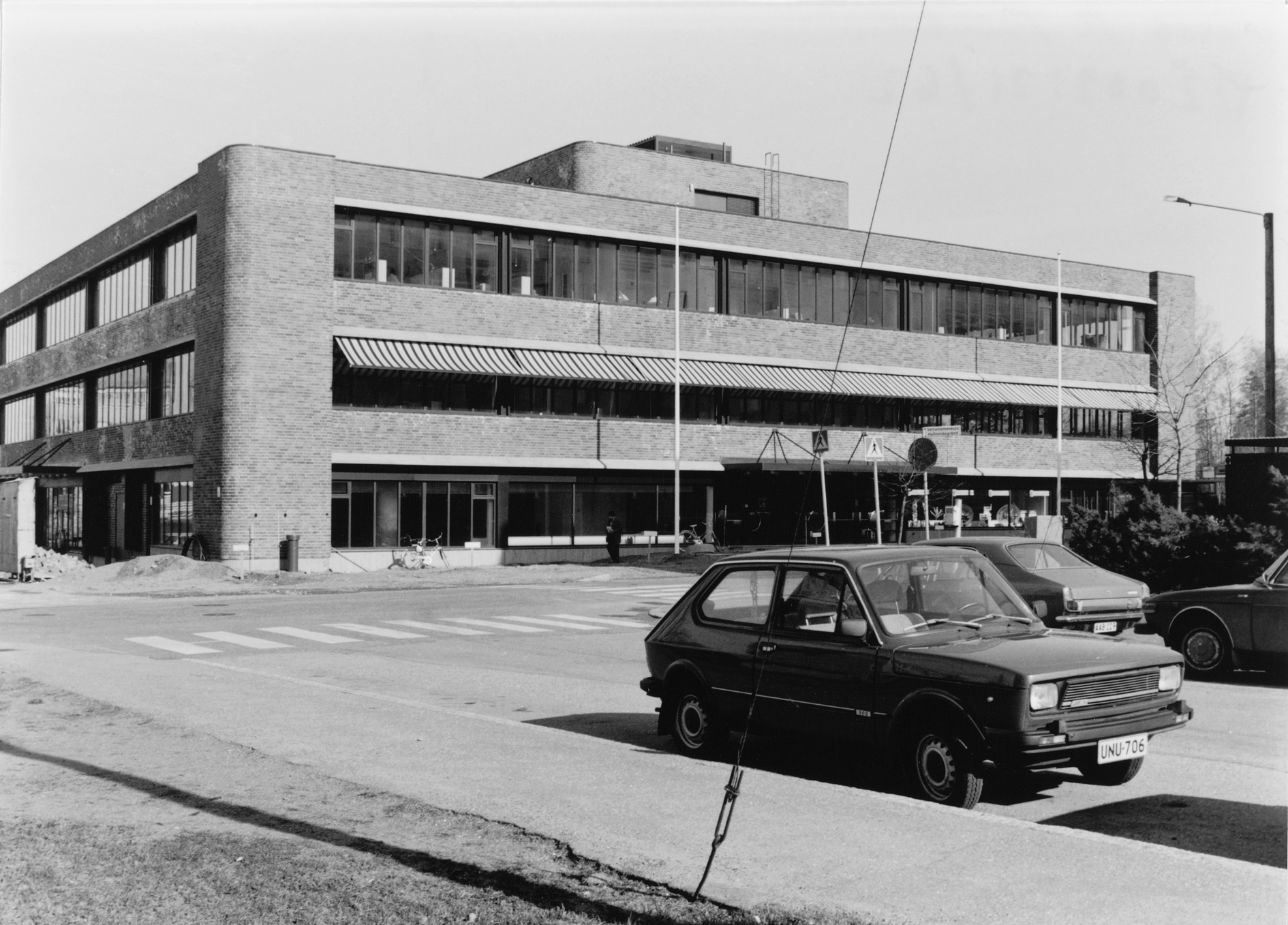 In 1982, the Museum moved to Lauttasaari Island (Vattuniemenkuja 4) to premises rented from Kuva-Sampo Oy. This made the museum’s work easier and more professional, since the exhibition, office and storage space were now on street level, and conservation conditions for the collections were improved. The Museum’s researcher-photographer also got his own office. 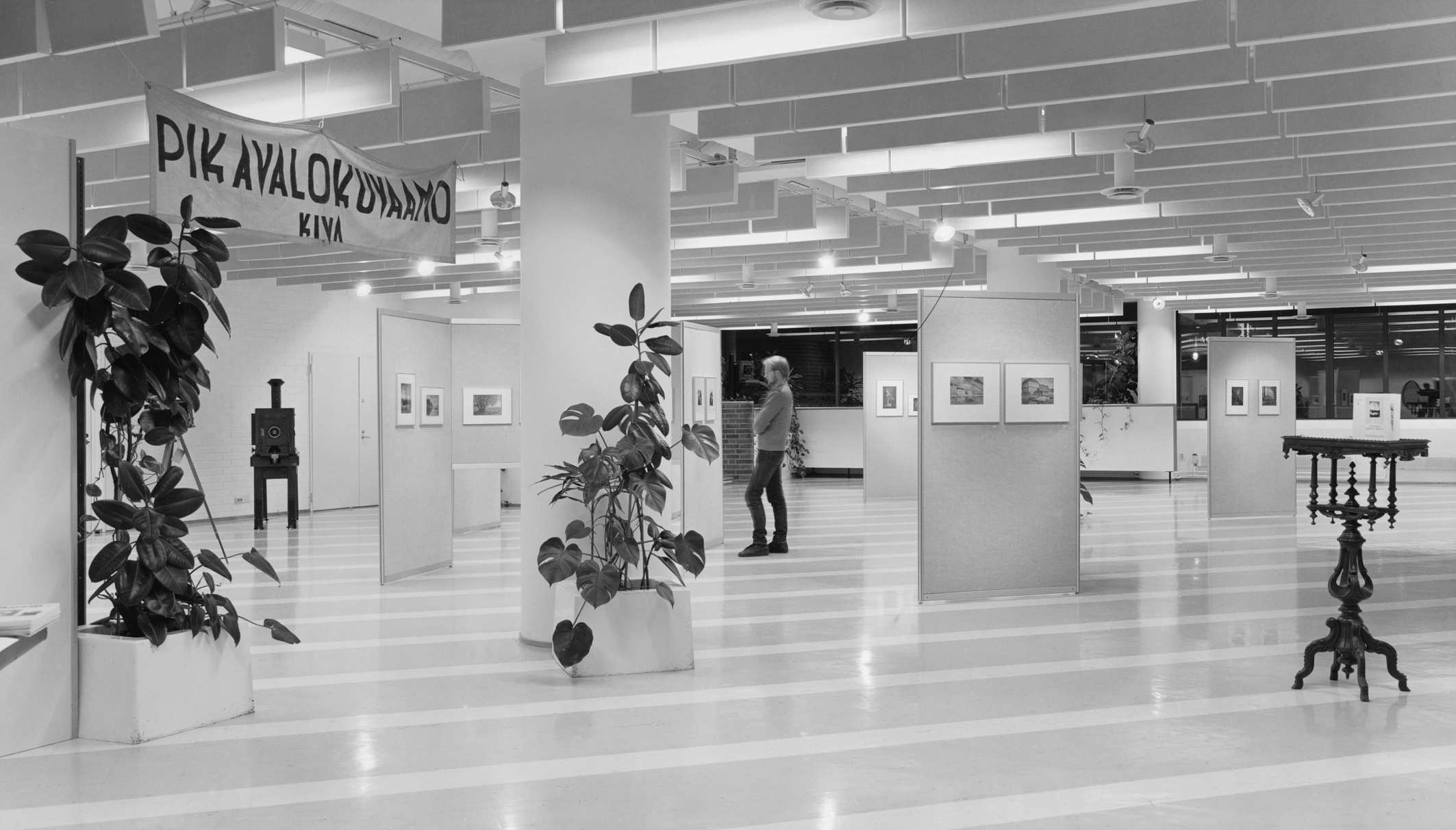 From 1980–1985, the Finnish Museum of Photography had its Studio exhibition space in the centre of Helsinki and exhibitions and public events held there often attracted more visitors than exhibitions further out of town on Lauttasaari Island. 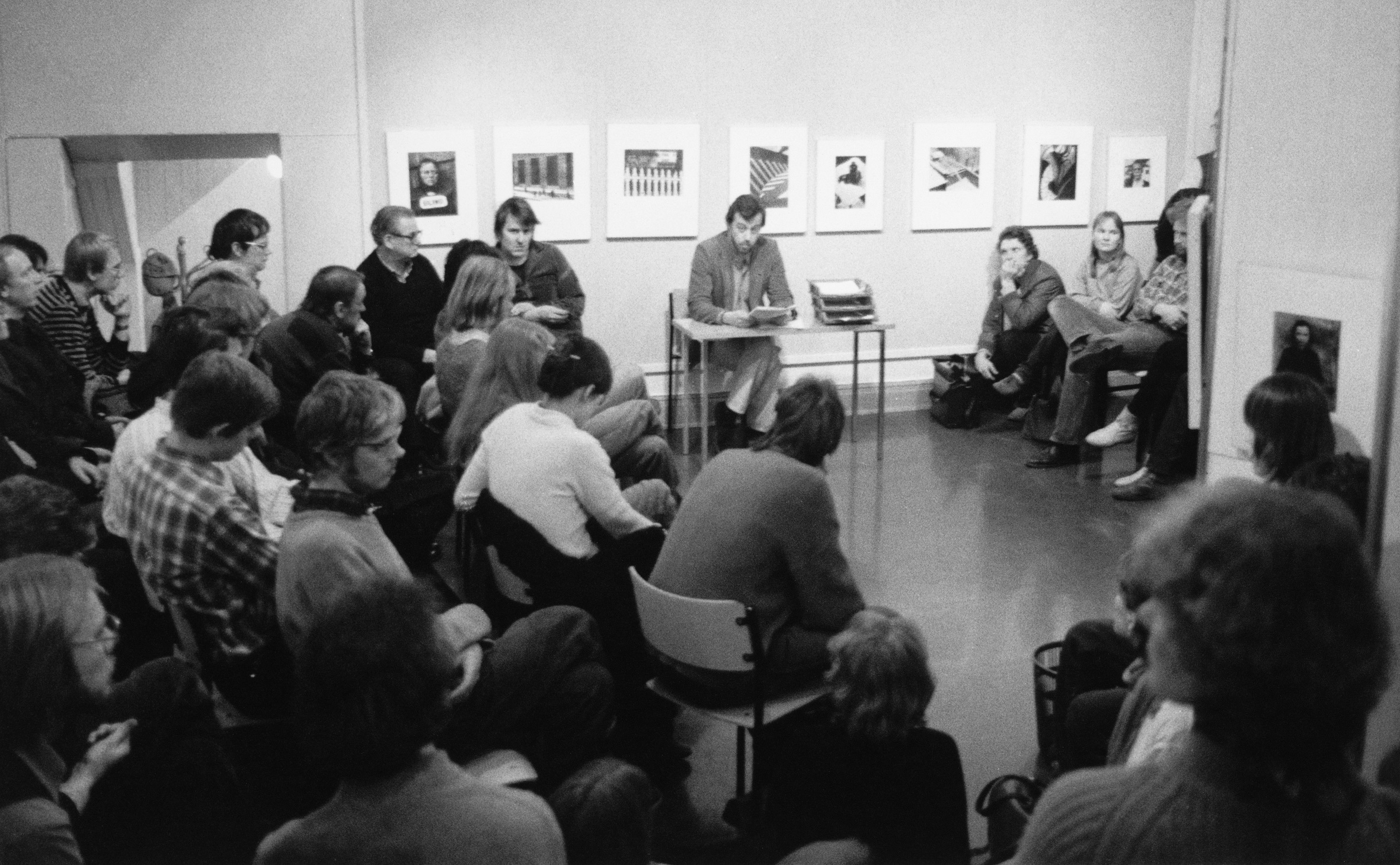 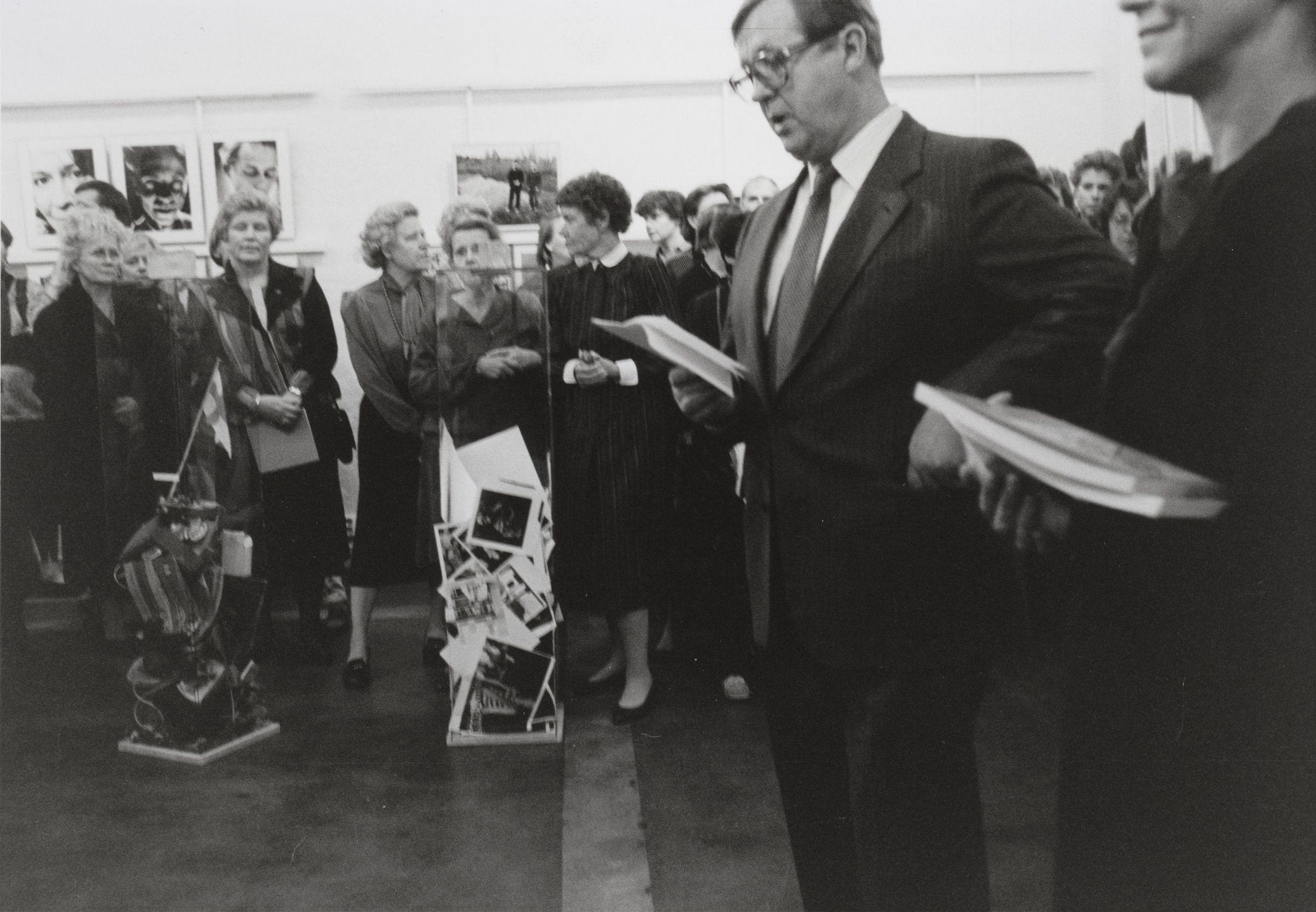 The exhibition Minne? (Where to?) in 1986 was the first large-scale research-based survey of the history of Finnish photography put together by the Museum itself. The exhibition workgroup was awarded a state prize for photographic art. The exhibition was shown at Helsinki Art Hall, as the Lauttasaari Island premises were too small for the exhibition.

The Finnish Museum of Photography moved from Lauttasaari Island to the 7th floor of the Makkaratalo Building (Keskuskatu Street 6), where it was based from 1988–1992. Here, the Museum did all of its work in ordinary office spaces. 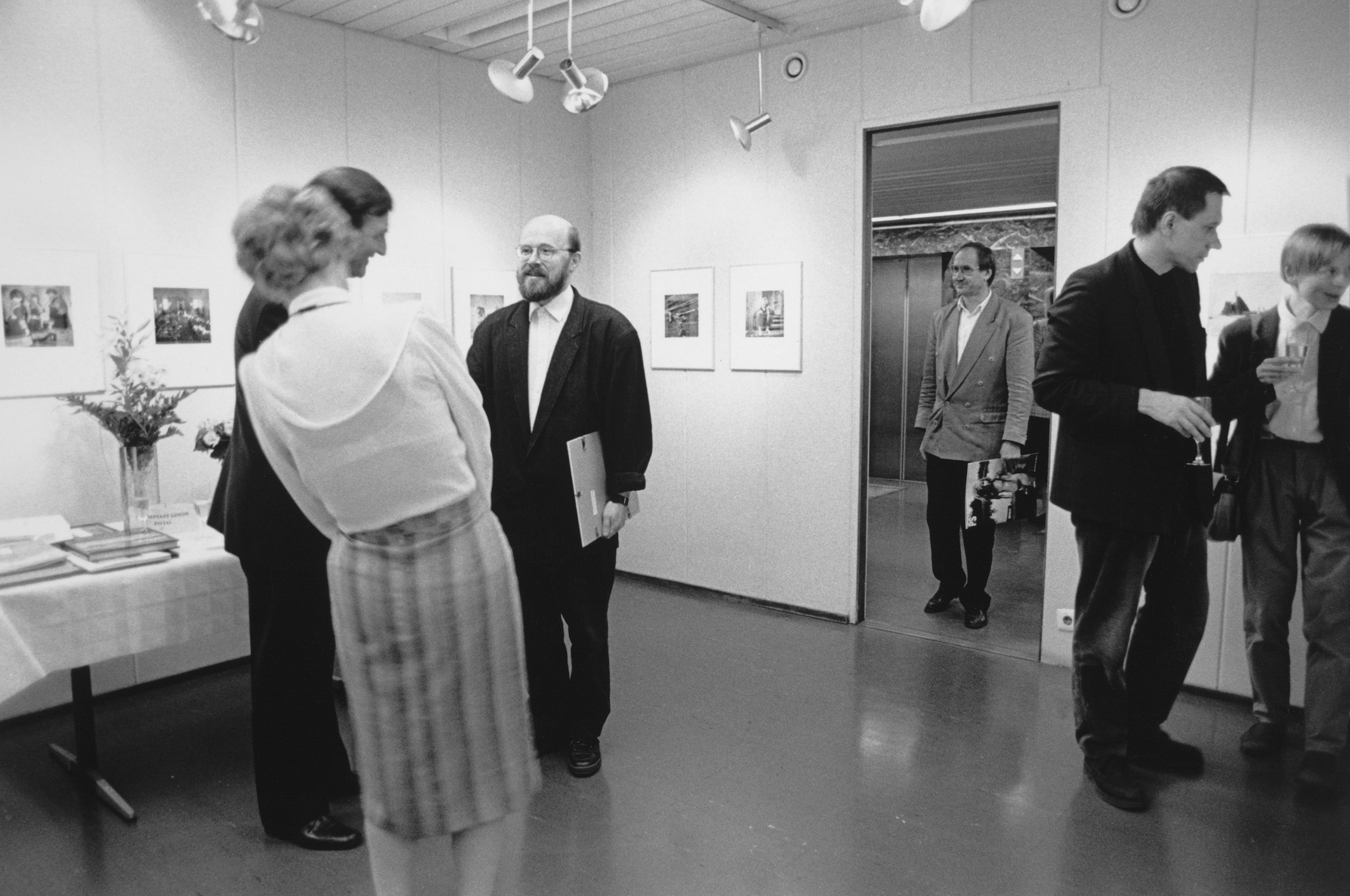 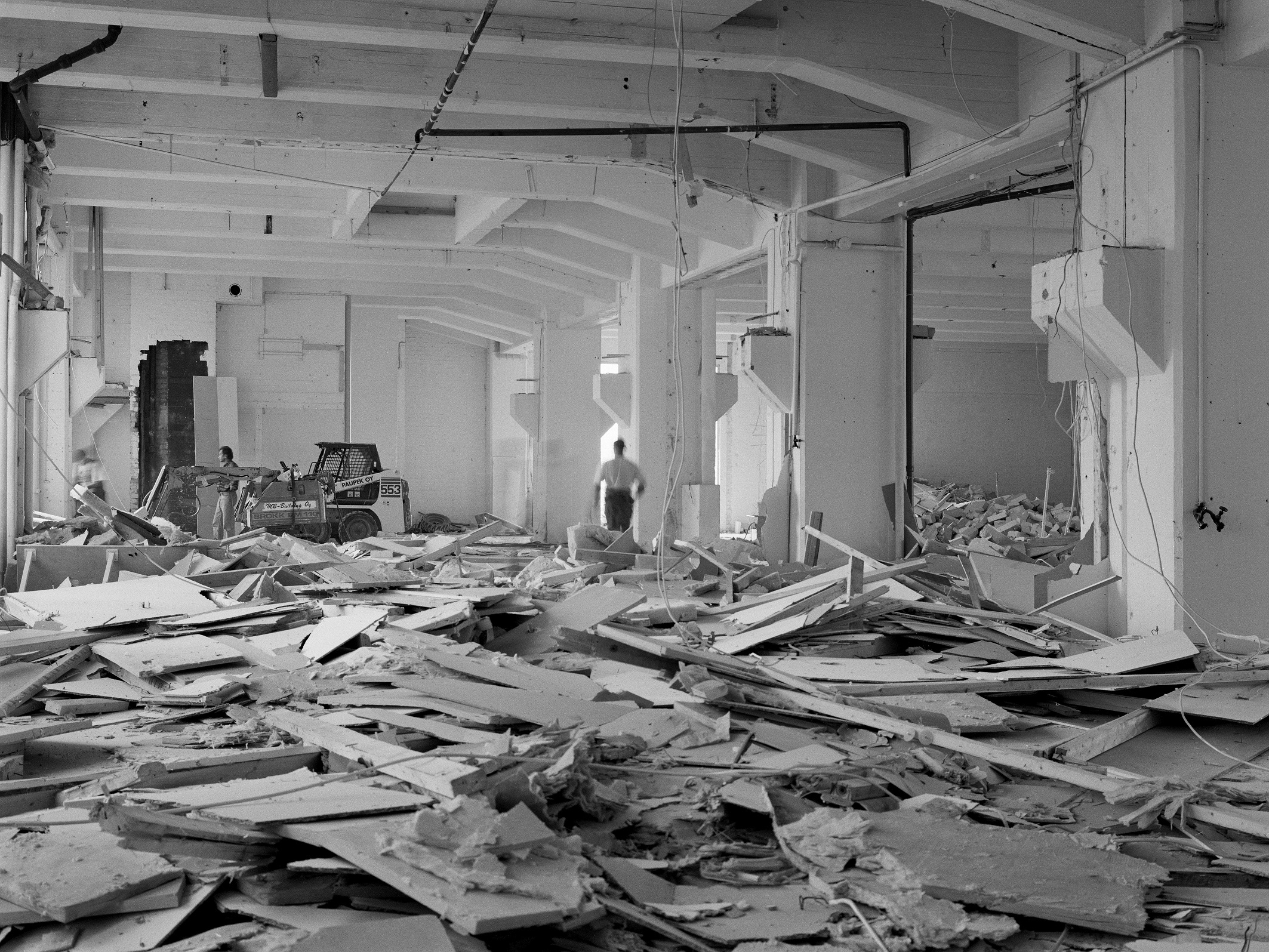 In 1992, the Museum moved to the Cable Factory. The exhibition spaces opened where they are now, with access from the ground floor of staircase G, but the office, collections and library were initially on staircase A.

A year after the move to the Cable Factory, in August 1994, the Ministry of Education designated the Museum a national special museum. This put the Museum in a better position to carry out its work. 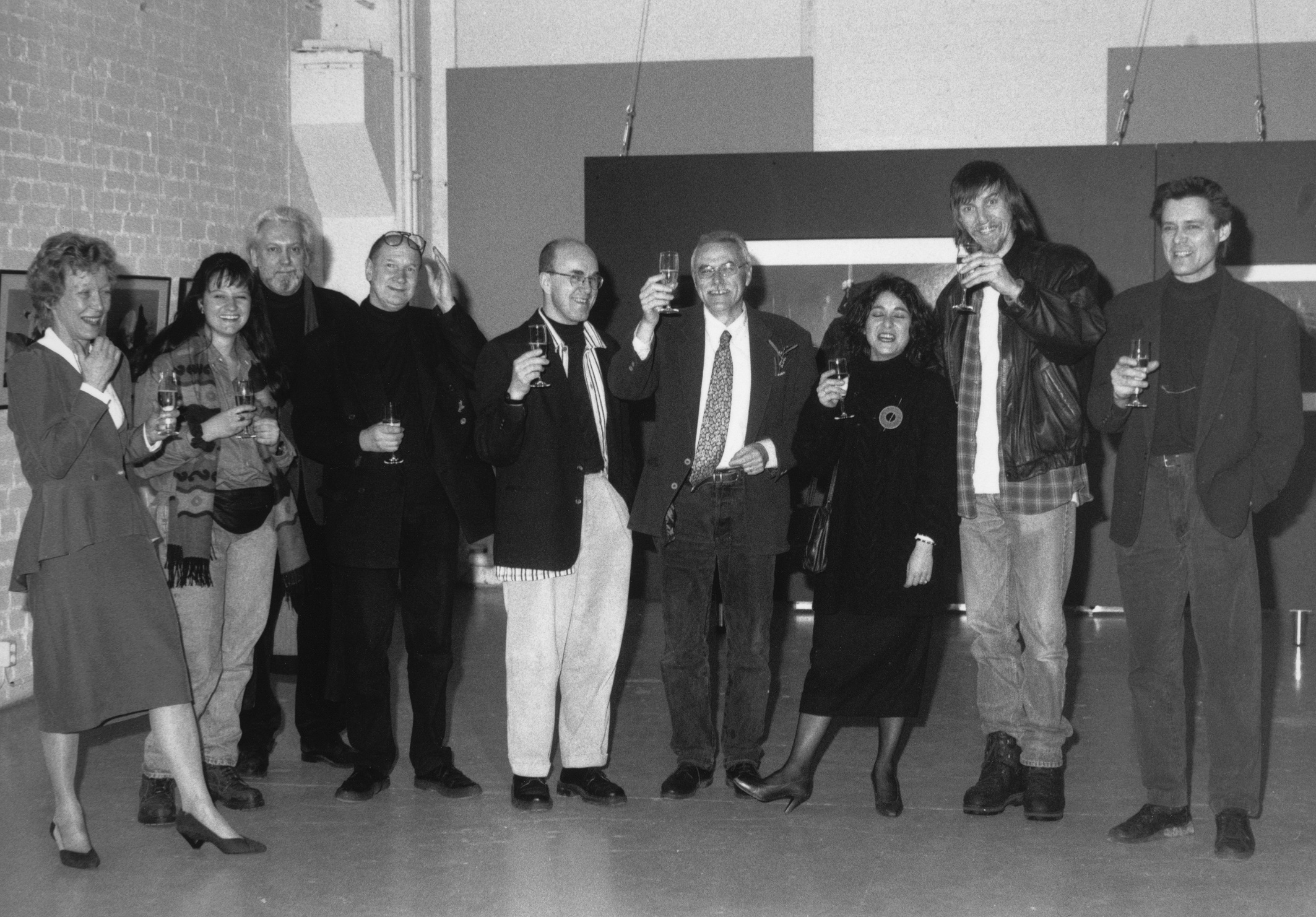 Guests at the opening of the exhibition of works by the French photographers Jean Baptiste Carhaix & Eric Bourret in 1995. In that same year, the last Valokuvauksen vuosikirja (Finnish Photographic Yearbook) was published, having appeared since 1972. 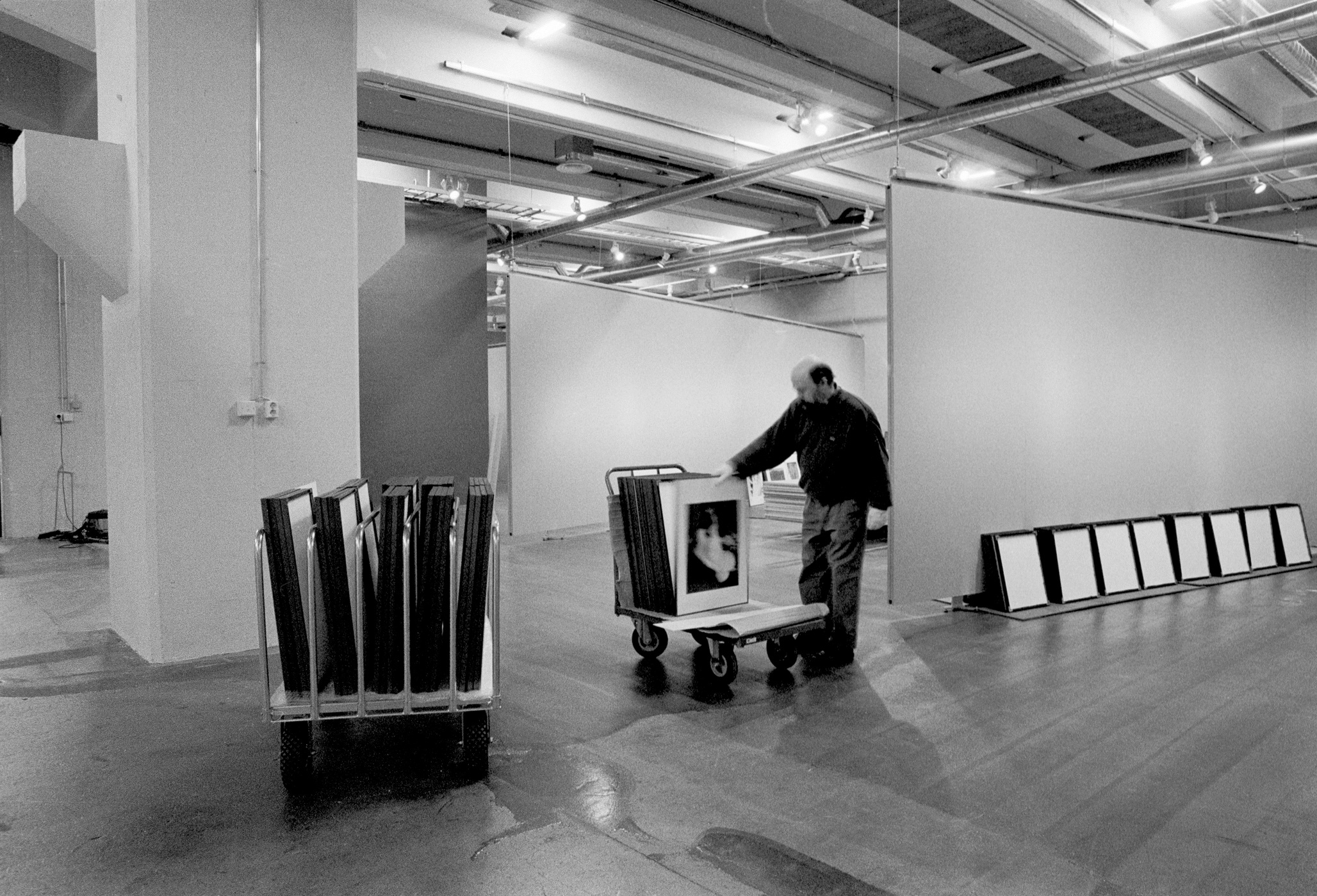 At the end of 1999, the office, collections and library also moved to their current premises on the 5th floor of the Cable Factory’s staircase G. The exhibition spaces and entrance in the gable end of the Cable Factory were totally renovated in 1998. The museum spaces were jointly designed by the Alli architects practice and Valvomo interior designers. 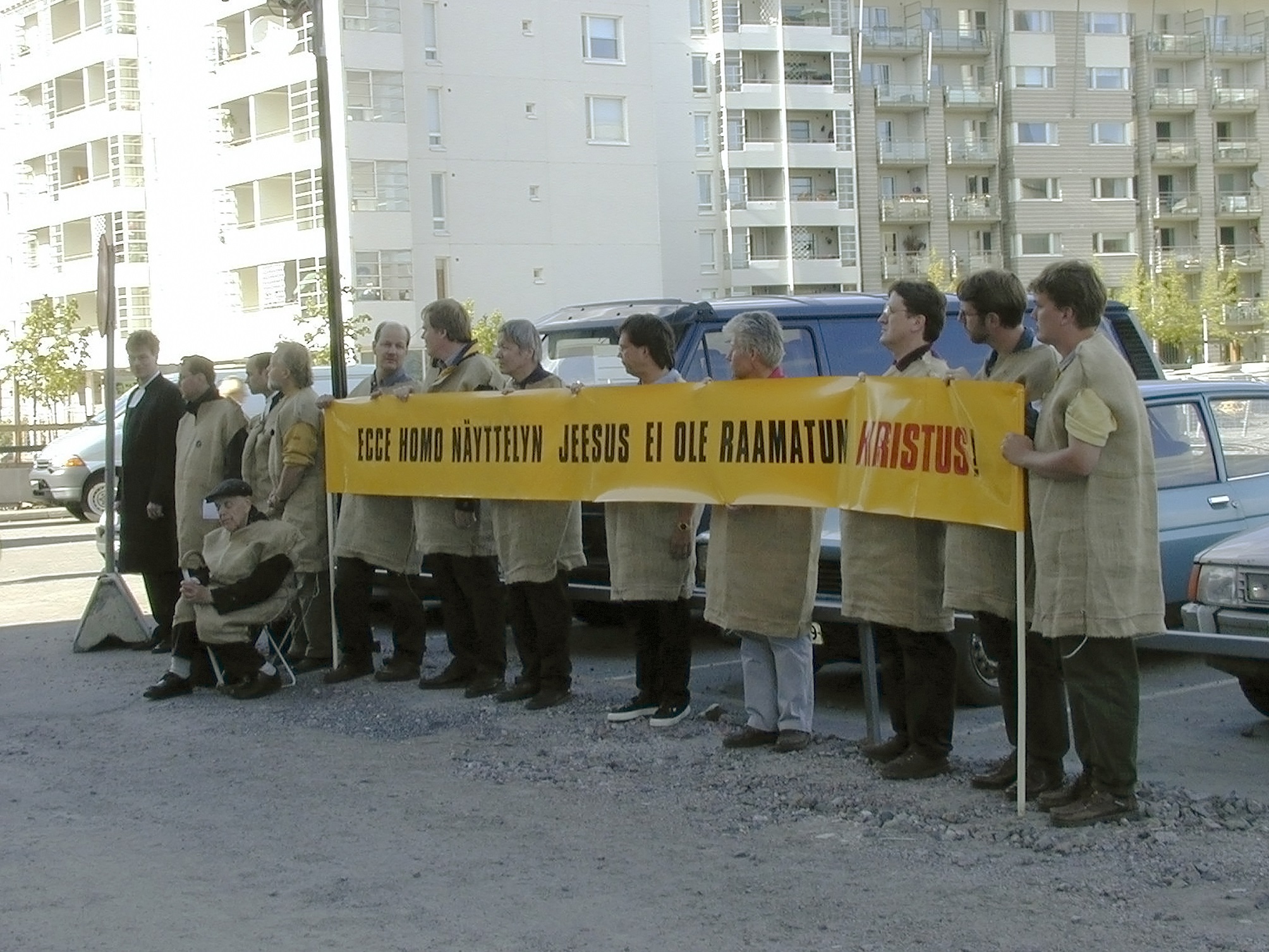 In 2000, the Swedish photographer Elisabeth Ohlson’s Ecce Homo exhibition attracted a lot of attention in the media, and demonstrators were a daily sight outside the Museum. Ohlson’s staged photographs viewed some of the main events in the life of Jesus from within the present day, via the life situations of homosexuals and transvestites. The demonstrators were there at the exhibition opening 16.6.2000. 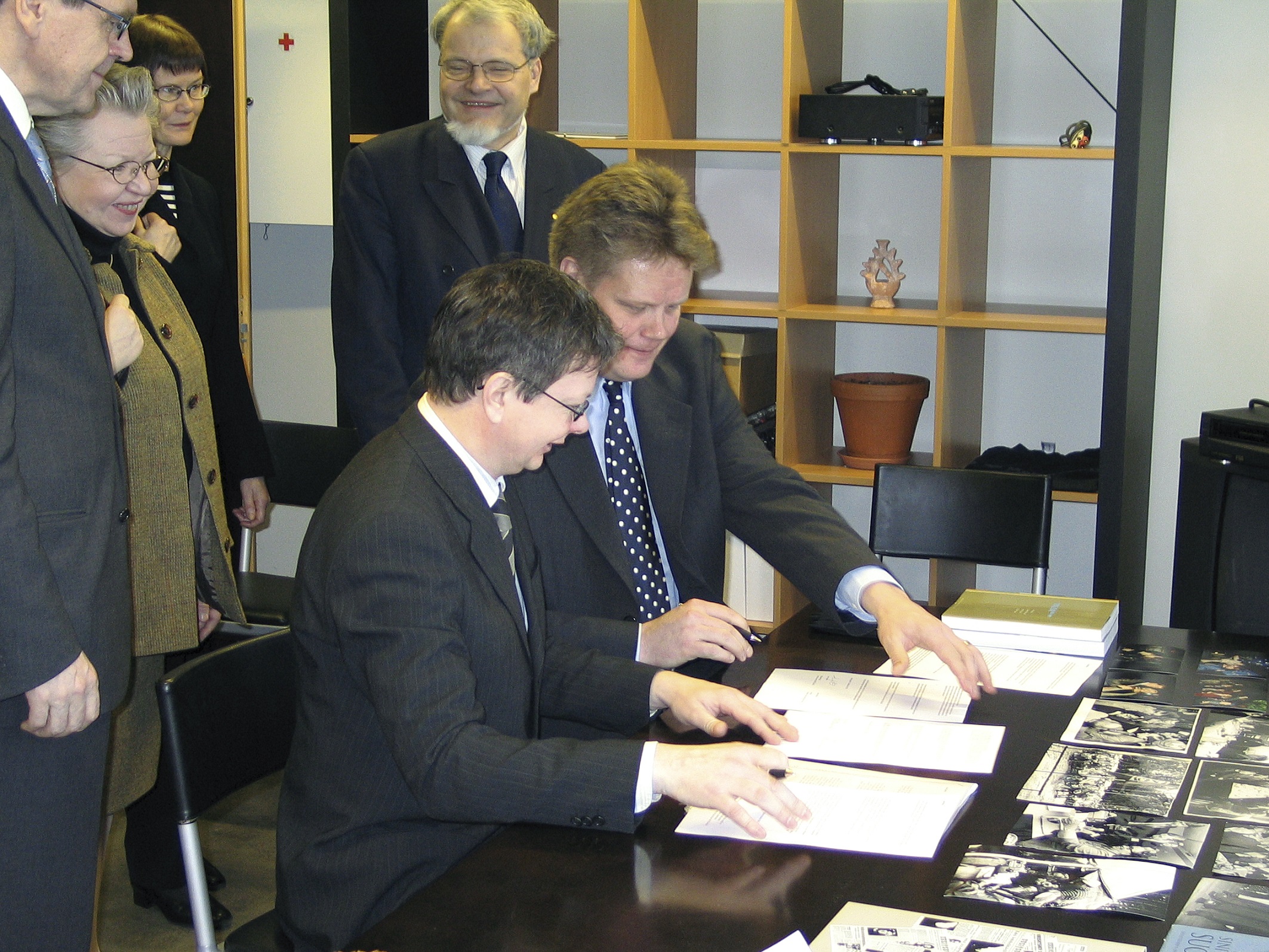 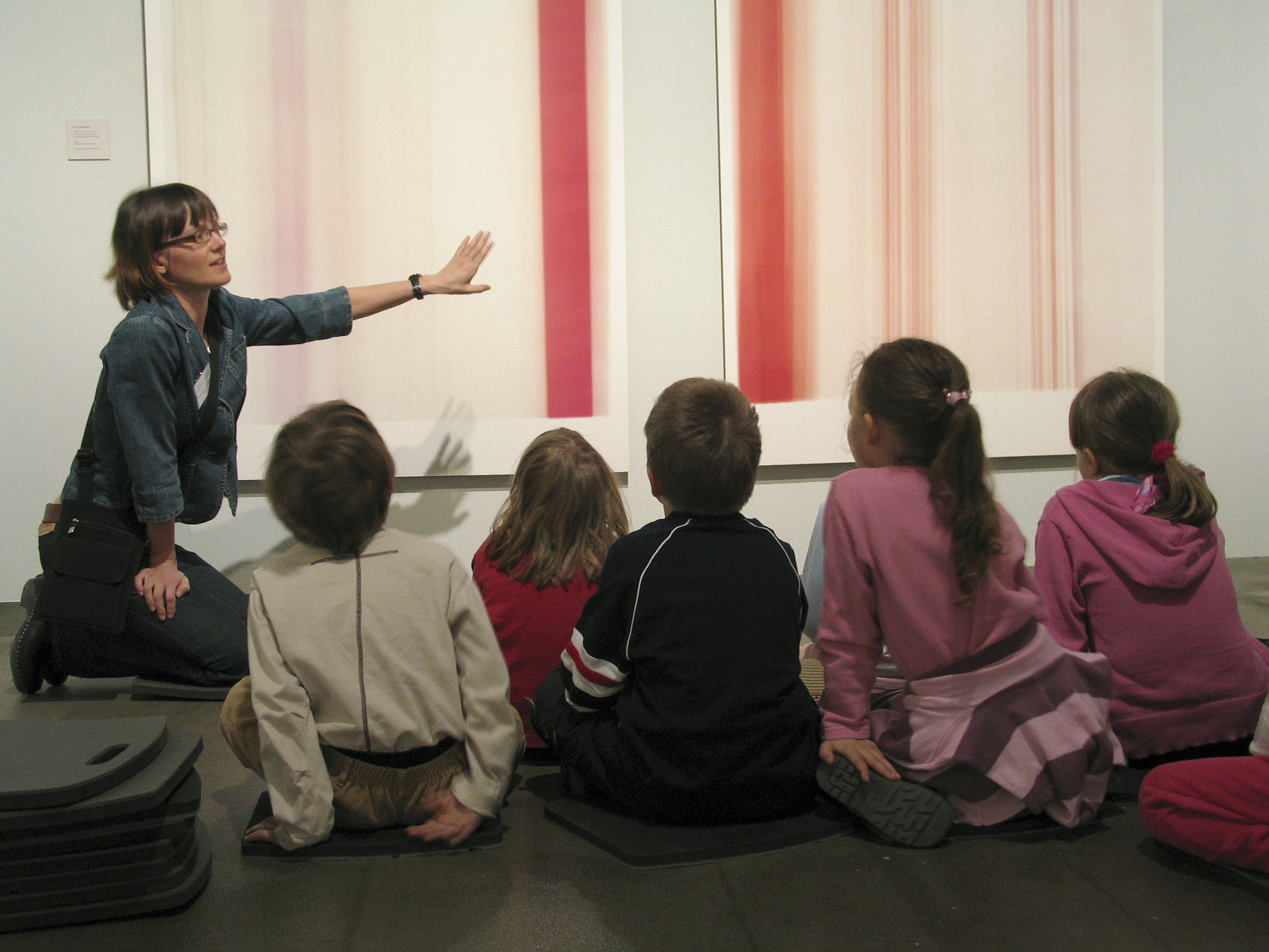 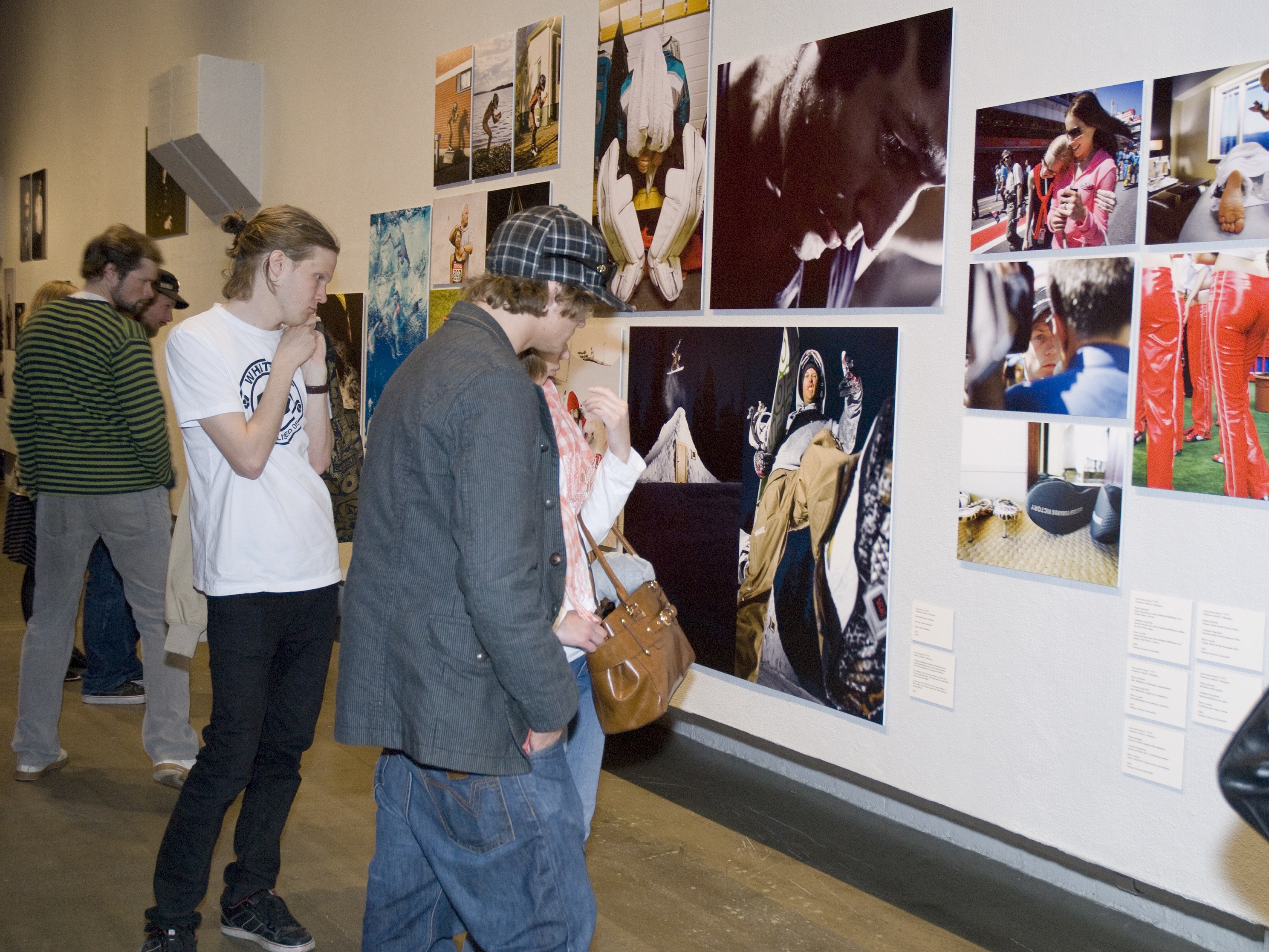 The year 2008 was The Year of Photojournalism. All the exhibitions the year offered new viewpoints on the history, current state and future challenges of photojournalism. The logo for the year, >1000, was a reference to the familiar refrain about a picture saying “more than a thousand words”, but it was also a reminder of the ubiquitous presence of pictures in our everyday lives. Picture of the opening of New Generation – New Eyes in Photojournalism and Markus Jokela's Something Has Happened 29.5 2008. 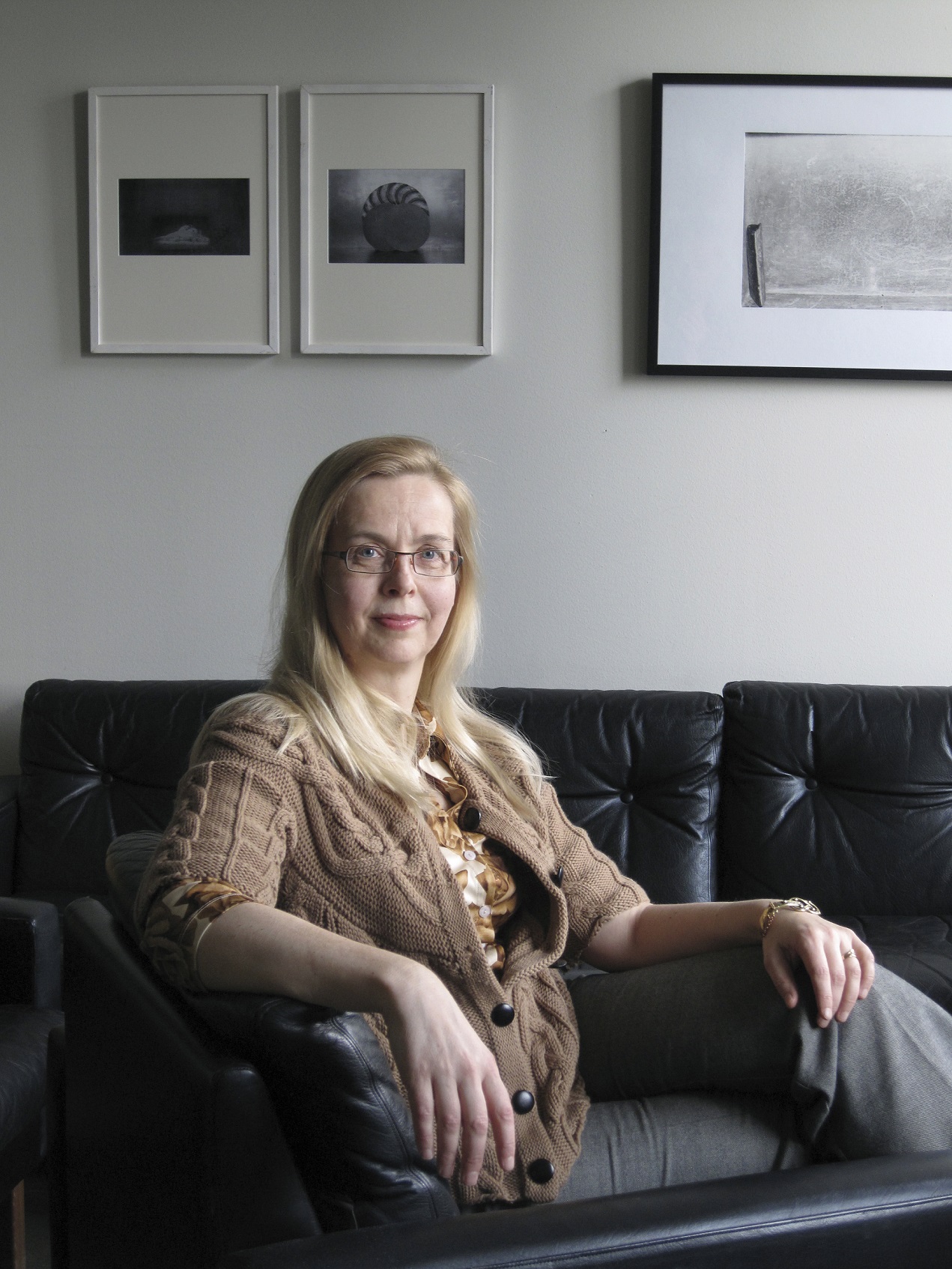 Elina Heikka was chosen as Director of the Finnish Museum of Photography 22.4.2009. Photo: Kari Soinio, 2009