Images
Year 2018 marks 100 years since the Finnish civil war, violent conflict that casted a long shadow over Finnish society. In Helsinki, the war entered the life of all residents when the leftist Reds occupied the city at the end of January 1918. During the spring, Helsinki was the capital of Red Finland. The German troops that fought alongside the bourgeois Whites seized it in April. How did the civil war look like for a young female photographer in Helsinki?

Tyyne Böök had a popular photographic studio in a worker’s district to the north of the Pitkäsilta bridge. Elsa Sillman was a medical student and an amateur photographer. In the spring of 1918, Böök tried to remain impartial, working in her studio in Siltasaari, which was located next to the Helsinki Workers' House, a base for the Red Guards. Sillman was an ardent underground activist for the White Guards. The backgrounds and life stories of the two women were so different that it is unlikely that they ever met.

After the Battle of Helsinki, both women moved about the city with their cameras. They recorded the traces of war, the smiles of victors, and the rows of coffins at funerals – scenes familiar from the work of other Helsinki photographers. Images such as these later formed the official pictorial narrative of White Finland of the end of the civil war in Helsinki. The spontaneity and unintentionally captured everyday details of Sillman and Böök's hand-held photographs convey a sense of immediacy. What is not shown in the images is the viewpoint of the defeated Reds: executions, hunger, insecurity and suffering in prison camps.

The framed images on view are new inkjet prints from digitised original negatives. The images in the showcase are original photographic prints from the early 20th century.

The mini exhibition is on view at museum's collection corner Kuvakulma.

Please note: The exhibition is closed from August 14 to August 23, as we are building new exhibitions in the large exhibition space! 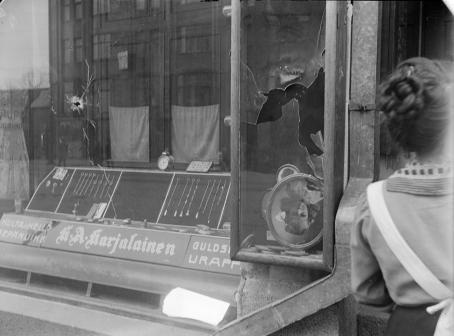 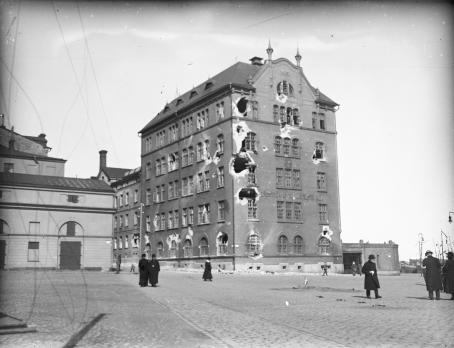 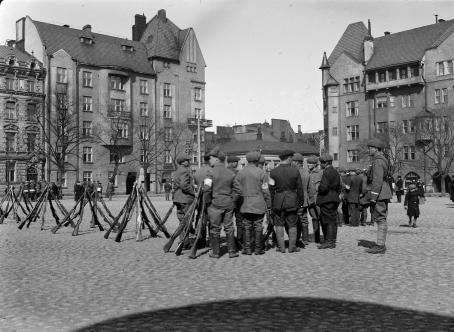 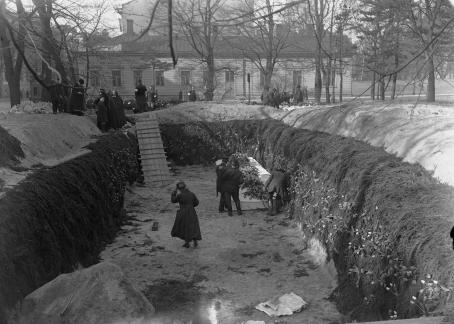 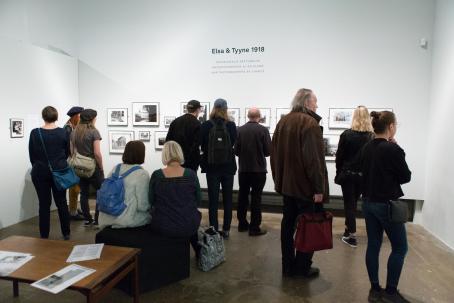